In this fast-changing world, the stresses and strains of our daily lives have made a spacious room for mental tensions. Such mental tensions accumulate over time and take a shape of a mental illness known as a major depressive disorder. This illness can occur in the shape of anxiety, irritability, and dissatisfaction. Currently, this has become a major epidemic, affecting about 10-15% of the global population. The outcomes of such mental illness are so severe that the affected individuals cannot even perform their daily routines.

There are several factors which could singly or jointly lead to mature this illness such as stress etc.

The patients with the major depressive disorder tend to display: –

Allopathic medicine does not target the root cause of depression and blame the neurotransmitters. However, in Ayurveda, there is a detailed description to address such mental illnesses. In Ayurveda depression is understood as “Kaphaja Unmada” along with the thorough details of its natural treatments. Our expert Dr. Navdeep Sharma (a globally renowned Ayurvedic healer) includes the imbalances of Doshas (Vata, Pitta, and Kapha) and psychic energies (Sattva, Rajas, and Tamas) along with personality factors, environmental factors, endocrinological factors, and genetic factors as the causative agents for the existence of major depressive disorder. The daily social or professional stresses may lead to an imbalance in psychic energies and Doshas. Additionally, diminished Prana Vayu may also fail to stimulate the mind to an optimal functional state. Ayurveda offers behavioral therapies, lifestyle adjustments, nutritious diet, and herbal preparations to treat anxiety.

Ashwagandha (Withania somnifera) is the best natural anxiety medication (rejuvenator) for centuries to get relief from depression. The noteworthy advantage of Ashwagandha is that it can be used in all form of anxiety and depressions. It is particularly helpful in tackling nervous system disorders and neurodegenerative diseases. It can significantly reduce stress by optimizing cortisol levels which cause anxiety and depression. It can also help to eliminate the aforementioned symptoms of stress, anxiety, and depression. It also stabilizes the mood by reducing mood fluctuations. It reduces insomnia, more efficient than psychotherapy, and it does not have any associated side-effects/withdrawal symptoms. Jatamansi (Nardostachys jatamansi) is a renowned brain tonic which can significantly reduce stress, anxiety, and tension by regulating biochemical reactions in the body. It particularly maintains healthy and cooling mind. Being a calming herb it also facilitates sound sleep and controls blood pressure levels naturally. 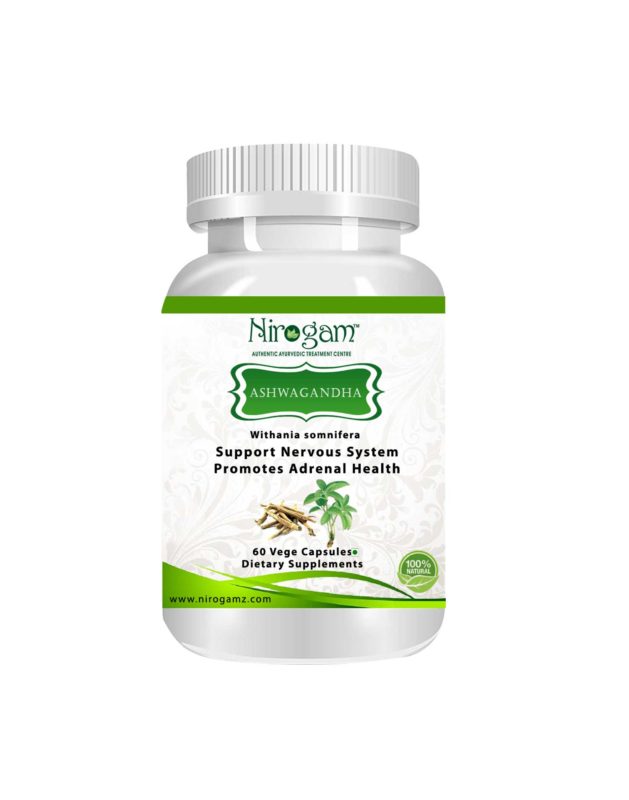 The symptoms of psychotic depression may be displayed after several depressive episodes.

Ayurveda preaches the practice of Pranayama (breathing exercises) and meditation which calms the mind and soothes the soul. Thus, help in relieving symptoms of psychotic depression.

Shankhpushpi (Convolvulus pluricaulis) helps in enhancing the brain vitality and functions. It also helps in balancing memory disturbances such as short attention span, concentration impairment, language, and learning issues. It is a traditional herb that can potentially improve child’s intelligence and learning capabilities. It balances neurotransmitters in order to improve concentration in patients. Treatment-resistant depression generally occurs in the patients with the major depressive disorder. In simple words, if the patient with the major depressive disorder does not respond to at least two of the antidepressants, the condition is termed as treatment-resistant. In allopathy, the treatment involves optimization of antidepressant’s dose, augmentation/combination therapies, and switching therapies.

Many patients who are categorized as treatment-resistant are sometimes misdiagnosed or inadequately treated.

Our specialists have researched that the term depression has also been addressed in ancient scriptures. For instance, in Ayurveda, depression is known as “Unmada” and it is categorized under psychological disorders which have the tendency to affect the body, mind, and soul. The Ayurvedic perspective of depression also considers the levels of our consciousness. It has been projected that the imbalanced state of Anandamaya Kosha (Happy treasure) and Manomaya Kosha (Heart treasure) during stressful incidents construct a membrane around the individuals. Such membranes can potentially cause loss of the essential awareness and result in depression.

The Ayurvedic herbs such as Guduchi (Tinospora cordifolia) and Maricha (Piper nigrum) have gained immense popularity among the recent times as a rejuvenating and immune building herb that can increase strength and immunity of the body. It is also helpful in enhancing the cognitive functions of brain. The black pepper is particularly known to enhance the Pachak Agni, improves digestion, and balances emotions. This form of depression is often reported in women during the child-bearing stage. Globally, about 10 to 20% women have been affected by antenatal and postnatal depression. This depression evolves continuously since pregnancy and clings to the patients even after the childbirth.

Causes of antenatal and postnatal depression

Several causative factors can act as a platform for the development of this depression such as:-

Dr. Navdeep Sharma elaborates the concepts of Tridoshas viz. Vata, Pitta, and Kapha. Evidently, any imbalance to these Doshas can prevail as a physical or mental disorder in the human body. According to Ayurvedic principles, depression is mostly due to Kapha Dosha. However, during childbirth, Vata Dosha may also dominate. During pregnancy, a female’s body undergoes tremendous changes and any change in the body is regulated by Vata. Hence, such changes may leave the pregnant mother with depression, insomnia, and anxiety.

Brahmi is the key herb to cure depression and anxiety. Gentle pouring the Brahmi oil on forehead helps to calm the mind and soothe the soul. Another Ayurvedic remedy to fight depression is to perform Shirodhara therapy as it helps in relaxing the mind and treat insomnia. Additionally, herbal concoctions, specifically designed to escalate the movement of body fluids and plasma can also be used to diminish the symptoms of depression (antenatal and postnatal)